Well. Now you all know the REAL me. And I haven't had a mass exodus of followers....phew.

And you are getting to know Video Boy and Wombat Girl (and Hubby, who makes the odd "guest" appearance now and then). But another member of our family who hasn't properly been introduced is Max, our 3 year old black labradoodle! 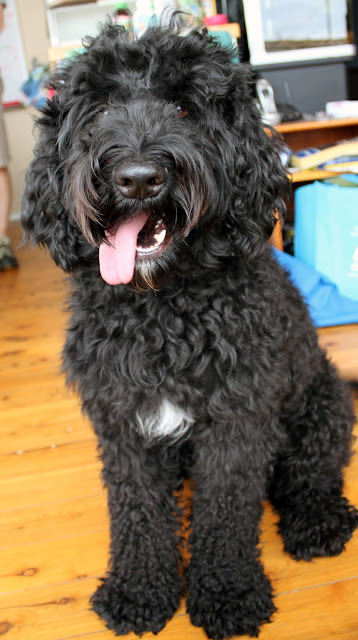 We waited a long time as a family before we got a dog. First, we wanted to own our own home (one with a big enough backyard) and second, we needed to be "ready" to undertake the responsibility. And it is a big responsibility looking after a canine that relies on you for their well-being.

We searched the animal shelters, only to find half-breed rottweilers and pit bull/staffies. Whilst those are OK for experienced dog people and for those willing to put in a lot of time, we felt they weren't suitable for our two "dog nervous" kids. There were also lots of little "yap" dogs. No thanks.

I should point out at this point I am a cat person. Never had a dog before, only cats. My Hubby is a dog person. Owned several labradors and german shepherds. Hates cats. Hence why I don't have a cat (waiting for the divorce or passing away before I can go there...LOL). But I was willing to give this dog thing a go. In fact, I was excited!

So we ended up in the pet shop. Max was the last one left of his litter and was 10 weeks old - getting "left on the shelf". I had no real idea about puppy farms at that stage, so it may be that he was from a puppy farm. I think they should be outlawed.

Anyway, we picked him up. Set him down and had a look at him. He would come home with us and he would be called "Max". 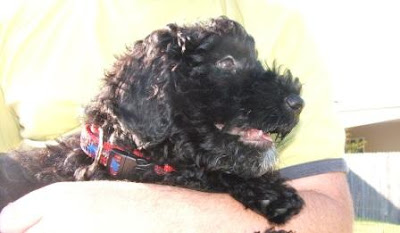 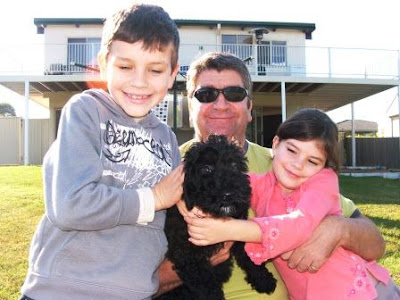 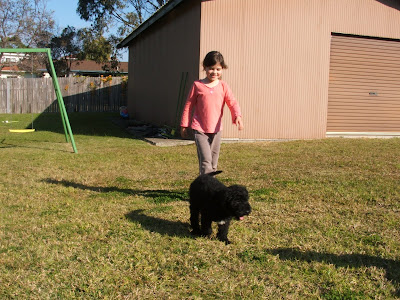 He has changed our lives!! My girl has gone from being terrified of dogs to adoring them (perhaps too much). He has helped my boy become much more comfortable with live animals. He has taught them the responsibility of having a pet (feeding, cleaning up after them, exercising them etc). 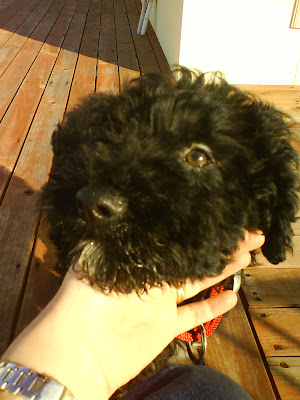 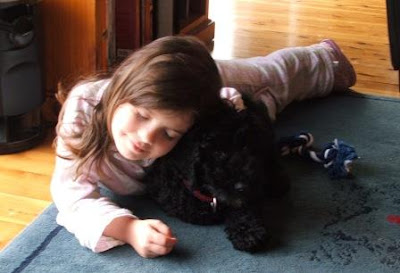 We nearly lost him when we was about 9 months old. He got a paralysis tick, which are very prevalent around here. I woke up and he couldn't walk. On reflection, he was a bit wobbly on the legs the afternoon before. I found a huge, swollen tick under his collar. We took him to the vet, he had two lots of anti-venom and came as close as you can to death and still be alive. During this I had to go away on a school camp, with limited phone contact - it was a very stressful time. Luckily he pulled through, but it took him a while to get over it. 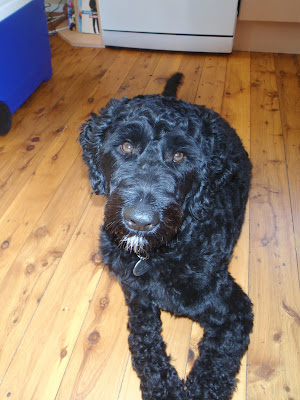 I have taken to Max like a duck to water...or something like that! He is my boy. I groom him (special brushes to de-mat the fur, wash him, Wahl clippers), run with him, take him to Dog Club, train him. 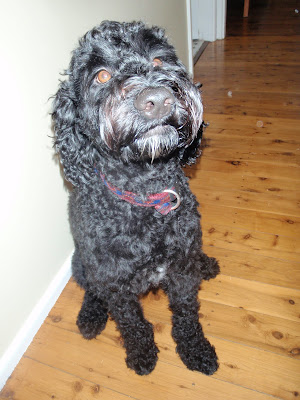 He was a handful to walk - I hurt my shoulder because he pulled so much. But thanks to Cesar Milan and a halti collar, the "walk" has been transformed and he is now the best behaved boy. So much so, I can take him on my runs (he loves them). 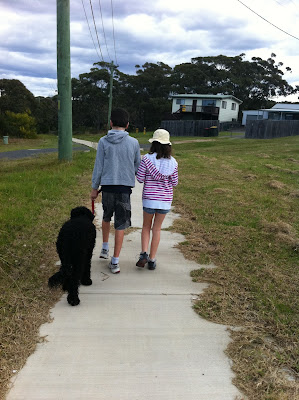 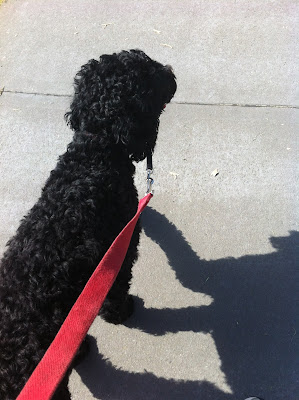 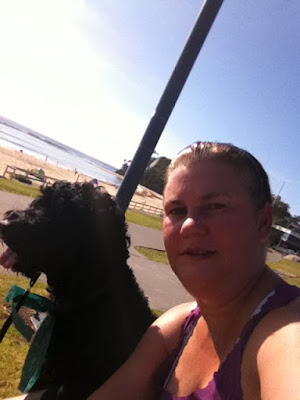 And so he is a part of our lives. He can be a pain. He has a sensitive stomach (with the ensuing mess). He barks at passers by and a knock at the door.

But he completes our family! He is our best friend and we love him to bits. We couldn't imagine life without him! 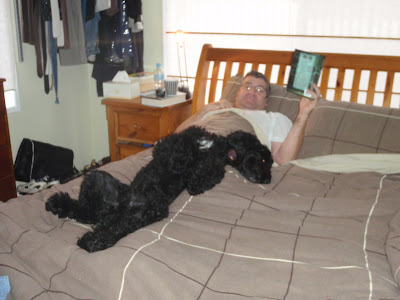 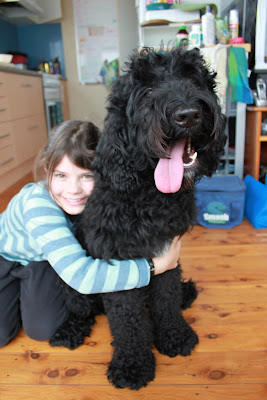 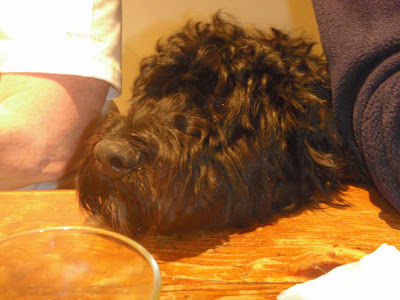 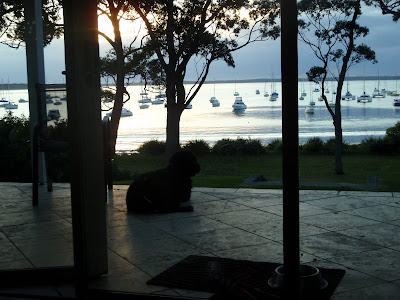 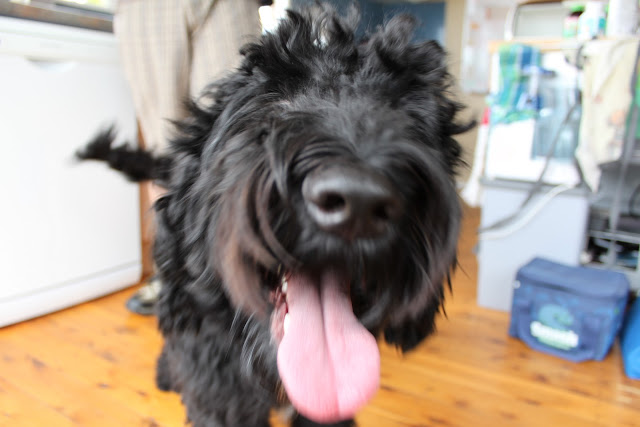 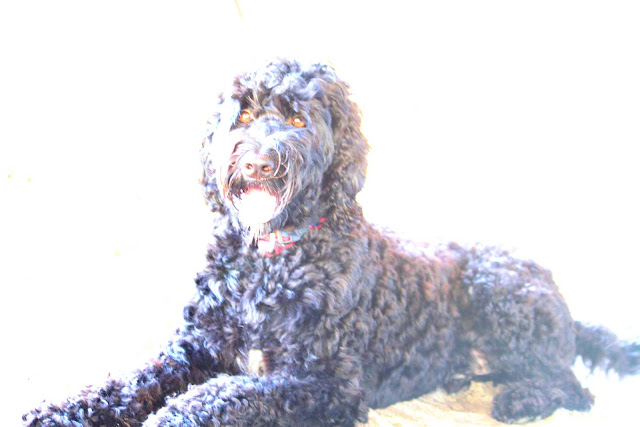