The orchid and the dandelion

I popped into the bookshop the other (ostensibly to buy a book for Wombat Girl's upcoming birthday). Upon finding that the book I wanted to buy for her isn't going to be released until August 2015 (really?), I gave up and bought myself a little something instead (because I'm a great mum like that!).

The book I bought was Unnatural Selection - Why the Geeks Will Inherit the Earth by Australian cultural commentator Mark Roeder. In it, Mark argues that in an increasingly manmade world, physical strength, social ability and strong genes are no longer traits which take people to the top. Instead, people who have great lateral thinking, multitasking ability and a way of thinking outside the square are the worlds success stories (think Mark Zuckerberg, Steve Jobs, Bill Gates - the geeks). I thought it was a very interesting concept.

In chapter two, he explains Dandelions and Orchids, a totally new concept for me. In 2005, Bruce Ellis and W. Thomas Boyce published a research paper called "Biological Sensitivity to Context" in Development and Psychopathology. They found that most kids are relatively robust and tend to survive in nearly all types of situation - they are resilient. They named these children "dandelions" after the hardy flower that grows just about anywhere. 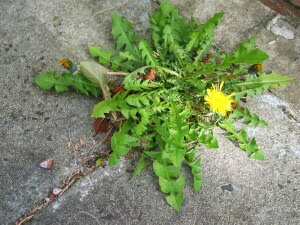 But they also observed a smaller group of children who were much more sensitive to their environment, and when neglected or mistreated, soon withered because they couldn't cope. They called these kids "orchid children."

However, in a surprise finding, they also discovered that when these orchid children were nurtured, they not only survived, they thrived and often outperformed the dandelion children. Their heightened sensitivity to their environment enabled them to see things differently, and to respond more creatively to opportunities. In the author's language, these children become "a flower of unusual delicacy and beauty." 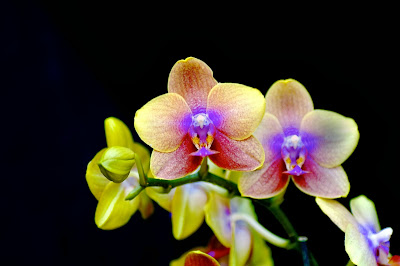 Now as if this discovery wasn't exciting enough, scientists are finding that children with a certain variation of the CHRM2 and DRD4 genes (the ones implicated in alcohol dependency and ADHD, amongst other things) and maybe up to a dozen other genes, will behave in a way consistent with the orchid child model of susceptibility - if they receive negligent parenting, they will exhibit negative behaviour, but if they receive positive and attentive parenting, they exhibit desirable teenage behaviour. The kids who ran the highest risk of turning into delinquents from dodgy parenting are the very ones that are least likely to struggle in healthy and positive homes. It seems there is a link between nature and nurture - and our early experiences set up our stress responses for the rest of our lives.

What does this mean for sensitive adults? Work from Jadzia Jagiellowicz published in Social and Affective Neuroscience (2010) found that highly sensitive people are capable of doing a lot more with information placed in front of them - they can go deeper, give attention to detail and see more than less sensitive people.

These ideas totally change the way we think about human frailty and vulnerability. Can the kids most at risk of "failure" actually be the kids with the most potential?

I can totally see my sensitive boy, put in the wrong environment, falling apart - an orchid being crushed (in fact, I have seen it). He is so not a dandelion! I was told I was spoiling him, protecting him from the "real world" by choosing to homeschool him, and that I needed to "toughen him up". I always felt that somehow, his not being particularly resilient was my fault.

Having read what I've read this week, I'm even more glad I listened to my gut and not those people. I brought him home, gave him warmth, love, support and direction, and now I can see him start to blossom. I can see the potential that so many others could not. I no longer only see liabilities (which the school system did), I see gifts - I see hope. 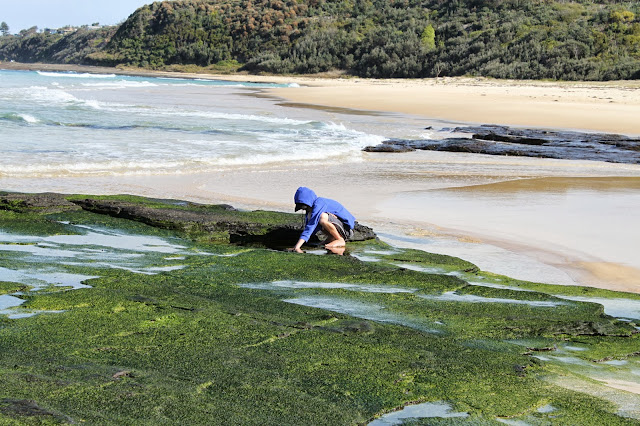 One of the signs of giftedness you can pick up on when your children are young, is advanced speech, in terms of vocabulary, correct grammar and articulation. My son's preschool teachers, although worried about his apparent disinterest in playing with the other children, were impressed by his extensive vocabulary at the age of three.

Both my children have long been able to use a huge range of words, usually in the correct context and with the correct grammar. This is great when they need to tell a story or describe something to you, not so great when they are trying to argue with you at the ripe old age of 4. Ahem.

I think they were able to pick up this vocabulary from both listening to me and my hubby (we are no slouches ourselves in that department!) and also from their early love of books. I also tried to make sure they had good literature to read (Rainbow Fairies and Captain Underpants notwithstanding).

So when we came to homeschool, with some schooling behind us and Naplan test results under our belts, I knew they had great vocab and could use it grammatically correctly (especially verbally, not as well in written form). So I haven't really concentrated on studying vocabulary as a formal thing in our homeschool. I've certainly continued to use good literature and by default increase our vocabulary.

But Wombat Girl has taken it upon herself to come up with a "Word of the Day" on our whiteboard. Just about every day, without fail, she adds a new, exciting word: 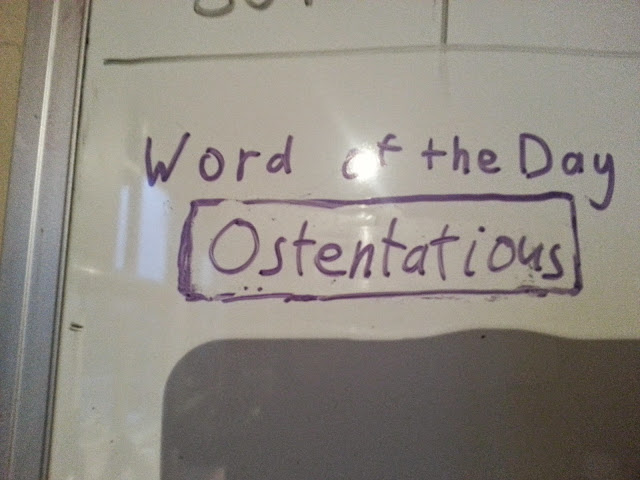 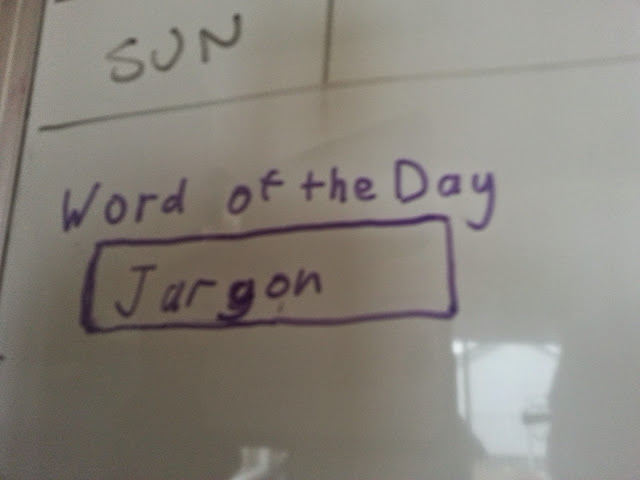 I downloaded a Vocabulary Web worksheet from the College of William and Mary's Centre for Gifted Education ages ago and we did one once. But I thought I might get the kids to fill one in a bit more often, based on our Word of the Day. 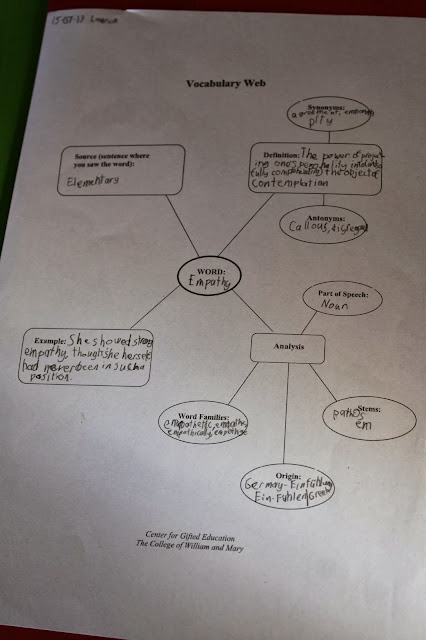 In attempting to find synonyms and antonyms for our Word of the Day, I got out our old Dictionary and Thesaurus. But that's so 1900s. Look what I found instead: 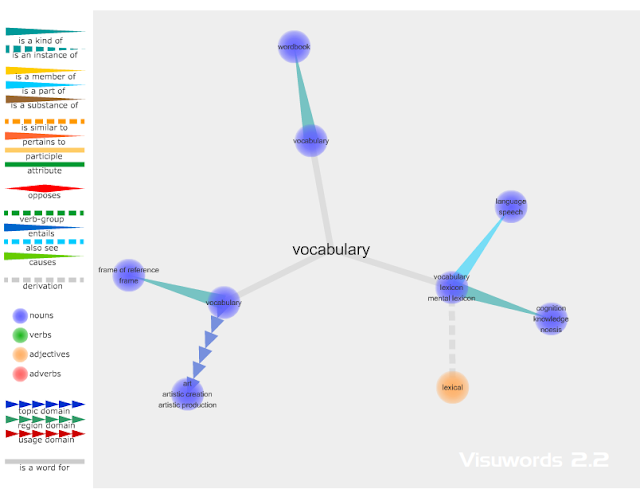 It's a visual thesaurus  - Visuwords! I like the colour coded links to other words. I also liked the Visual Thesaurus: 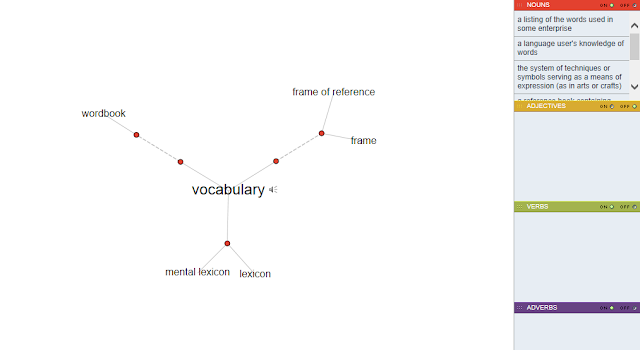 When you click on the words, you get more and more options. But you eventually have to shell out $$ to keep using it. I did - I think we'll get some use out of it.

Totally free is Dictionary.com - and this totally came in handy for examples of using a word in a sentence and the origins of words (etymology). 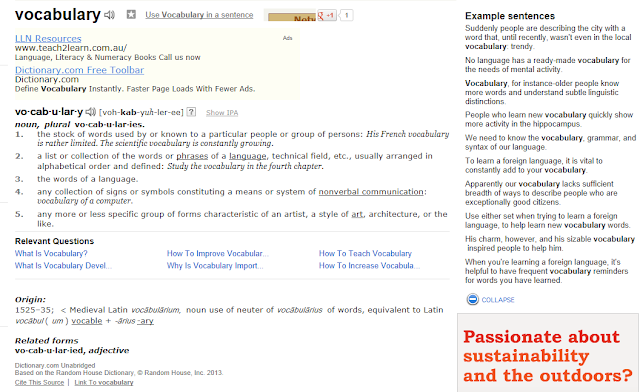 Speaking of etymology (which my kids are quite fascinated by), the Online Etymology Dictionary is a great resource for where our words came from, how old they are and how they sounded 600 or 2000 years ago:

Speaking of which, Learn That Word's "Word Roots" page is super helpful too:

We tried doing Copywork as a handwriting practice tool and as an avenue to experiencing more vocabulary, but more often than not in our household, it lead to copious volumes of tears. Um, so, no. Not for us.

But I just found a fabulous, interactive resource that might just float our vocabulary boats, and give our writing a much needed increase in output - Word Tamer: 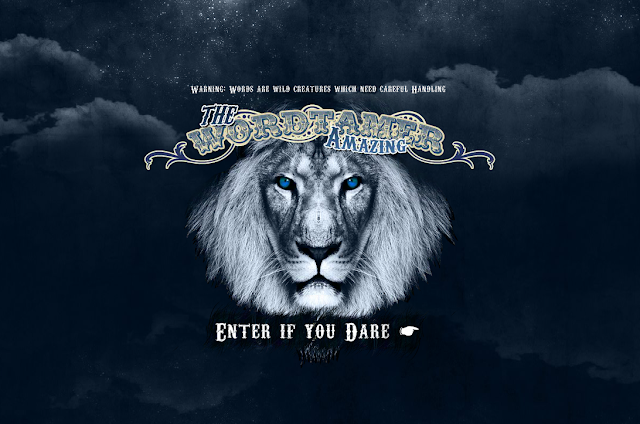 We entered (we dared!) and clicked on Wild Words, where "pluck" three words out of the air that appeal to you and then use them in some free-flowing writing. Pretty cool, huh?  Look at what my two "I hate writing" but great vocabulary kids came up with:

"Darkness had fell and disaster had struck. Shadows literally flowing everywhere. The Great Land of  Mistyc was being covered by a cloak of evil. It ran through the streams and plains, trickled though the forests and meadows, and sprinted through the swamps and deserts. Civilisations fought bravely but The Dark's power was growing. No one knew what or who was causing The Age of Darkness but everyone knew only one thing could stop it. Jewel Magic..."

They then used this to write a bit more (with ambition - they called it "Chapter One").

We need to work on putting our thoughts in order and getting a bit faster, especially responding to essay/comprehension questions or doing research. This is not going to be an easy process, and will require buckets of patience from me (mostly) and them. It is not their strength and falls squarely in the "executive functioning disorder" category. But at least I know that's the reason, rather than just being cranky with them for being lazy.

So, while we don't have prolific writers around here and more often than not, a writing assignment from me is met with tears and frustration, when they DO put pen to paper (or finger to keyboard) they come up with good stuff - at least vocabulary-wise. 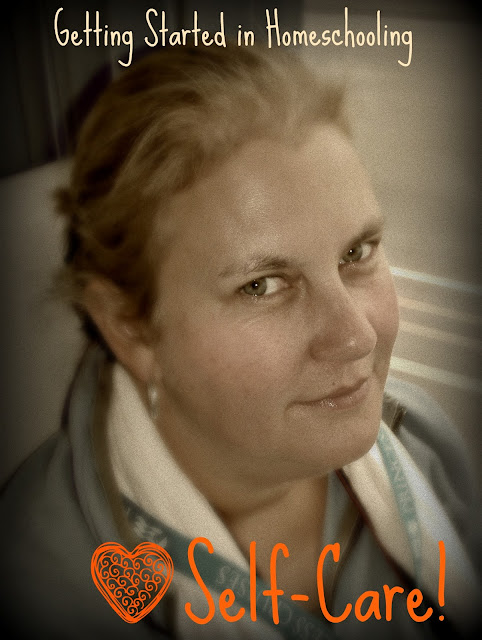 Parenting a gifted kid(s) is a hard gig - it's not all merit certificates and museums! It's also intensity, tears, over-sensitivity (to everything), and questions - oh my dear lord, the questions!

Parenting a learning disabled kid(s) is a hard gig - it's also tears (mostly mine), frustration (his and mine), finding medication/food/strategies that work, and patience - oh my dear lord, the patience!

Homeschooling is a hard gig - you are not only the parent, but the educator. It's not all playdough and glitter (well, in this house, it's never glitter!) - it's a never-ending search for resources, science kits, maths programs that suit, some P.E. that you kids will actually do, and the mess - oh my dear lord, the mess!

Given all these things are so hard, it is vitally important to look after yourself so you can answer the questions, have the patience to deal all manner of tears and tantrums, and cope with the mess that homeschooling 2e children brings.

So without further ado, I bring you Ingi's Top 8 Ways to Look After Oneself Whilst Trying to Homeschool 2e Children:


This homeschooling 2e kids is a hard gig. Try to make the time/space/priority to look after yourself. Or you can do as I do, ignore it all, and end up crying whilst typing, showering, making breakfast... You see, the apple doesn't fall far from the tree and the kids aren't the only ones who find life overwhelming. 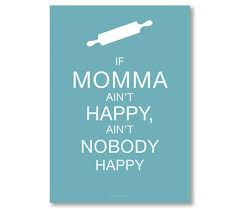 It depends on how you react to things, but if you don't follow the golden rules, then migraines, back spasms, tears, over-dependence on alcohol (or worse), high blood pressure, anxiety (and possibly, depression), hives, and all manner of physical manifestations of a high stress existence will infiltrate your life and MAKE IT MISERABLE. Trust me. I know of which I speak.

So, take Ingi's advice and follow my rules. And you know what? I'm going to start following them too - right this minute, from today. Because all that other crap can wait - I need to first and foremost look after myself, because then I will be a better mum, wife, teacher, employee, friend and person.

Joining in again in Gifted Homeschool Forum's Blog Hop! This month is all about self-care (and not before time!). Check out the link to check out other great posts on this topic. 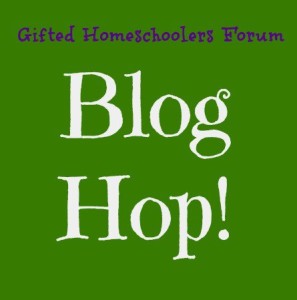