I find myself in a very strange situation of being a homeschool mum who works full time. I'm not even sure if I should be admitting it in a public forum of a blog. But so far, it is mostly working for us, so we are going with it.

So, what have the kids been up to while I've been busy selling travel to eager customers?

Learning about functions and logarithms: 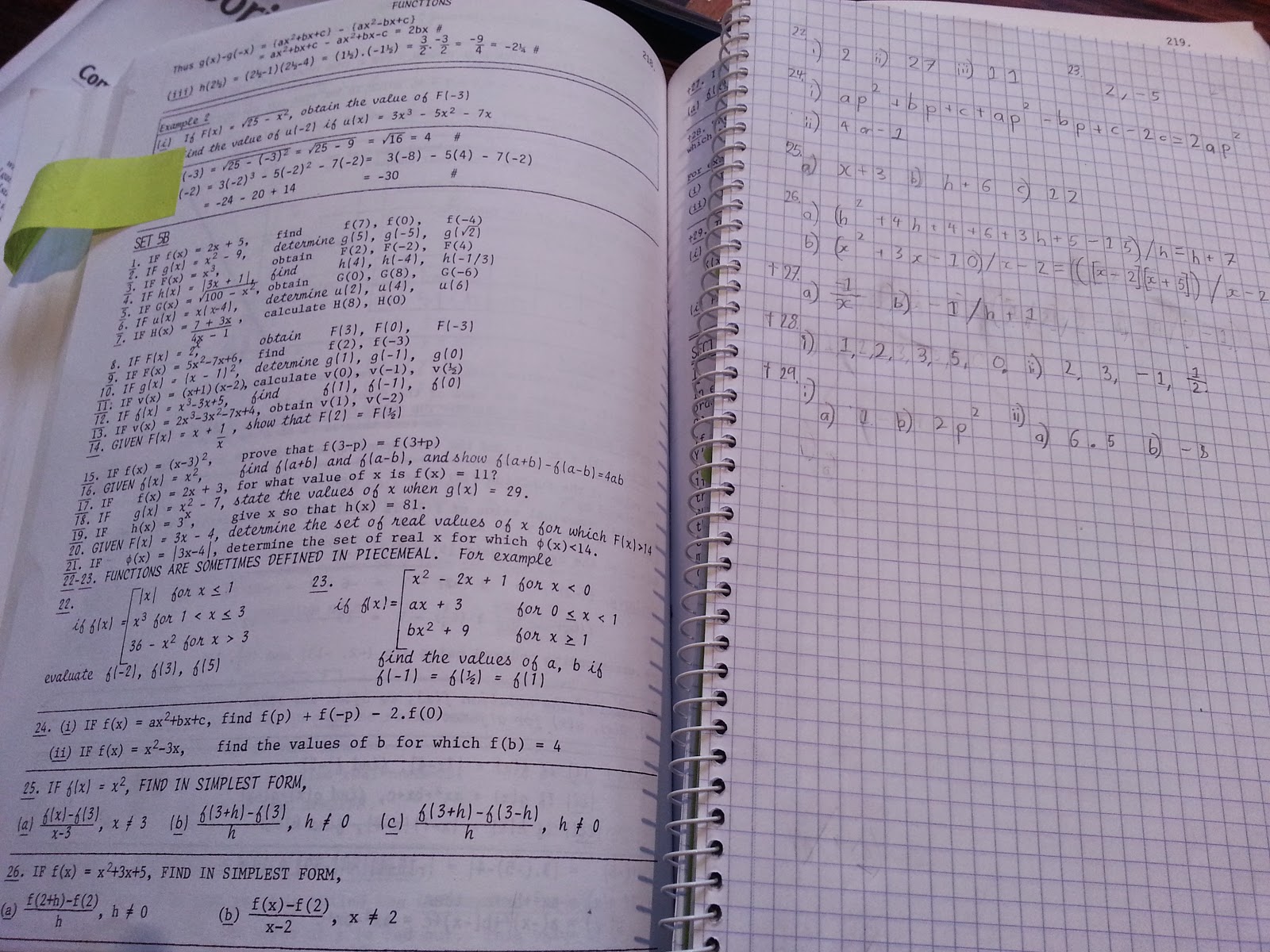 In general, they have been great at doing whatever work I set them. They are gaining valuable skills in self-directed learning, using the textbook and each other to help them figure out tricky questions. If in doubt though, they will wait for me to come home from work and we sit down as dinner cooks and go through harder concepts: 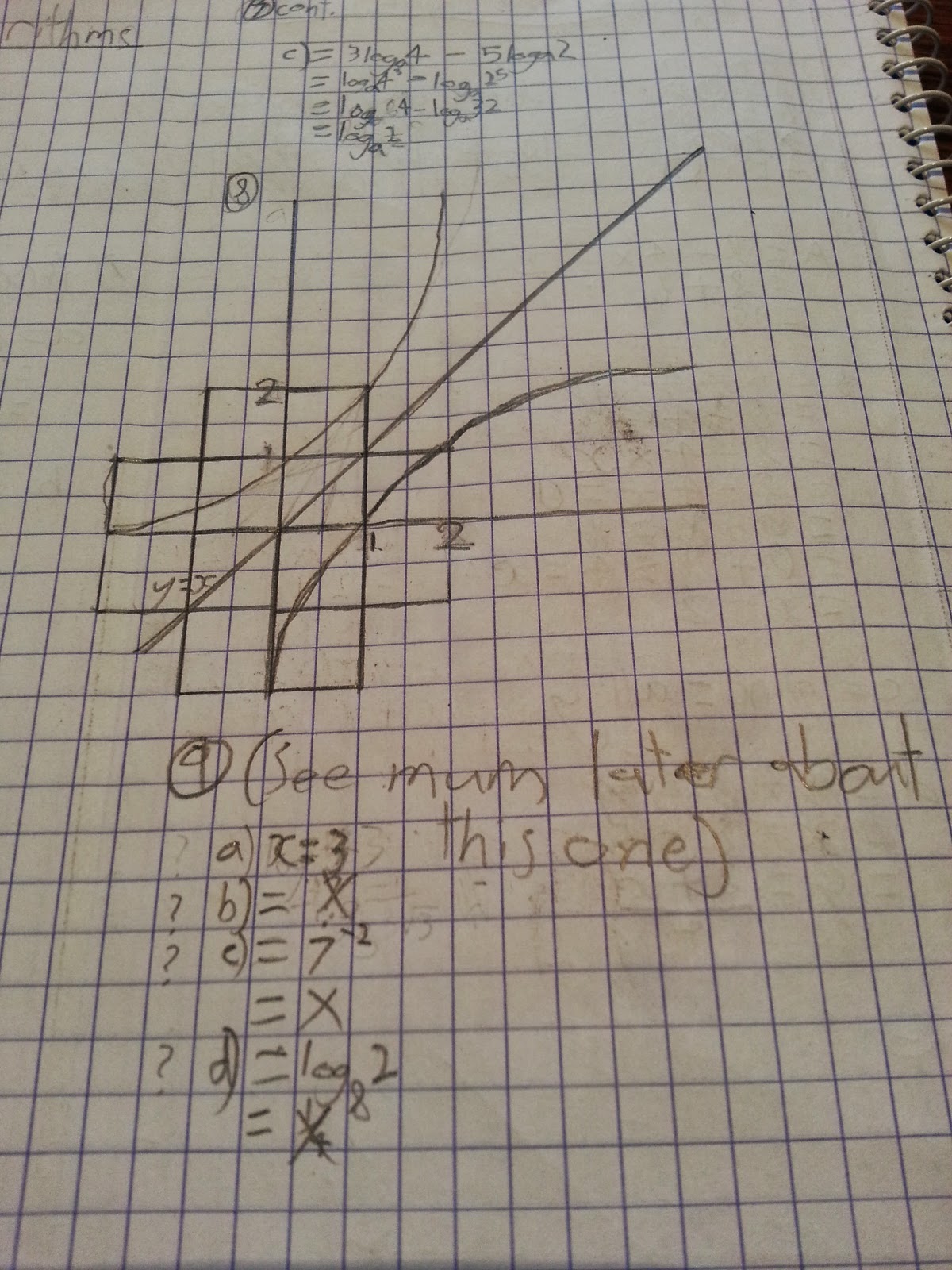 I was, however particularly impressed one day when they nutted out a tricky question together (and got it right!): 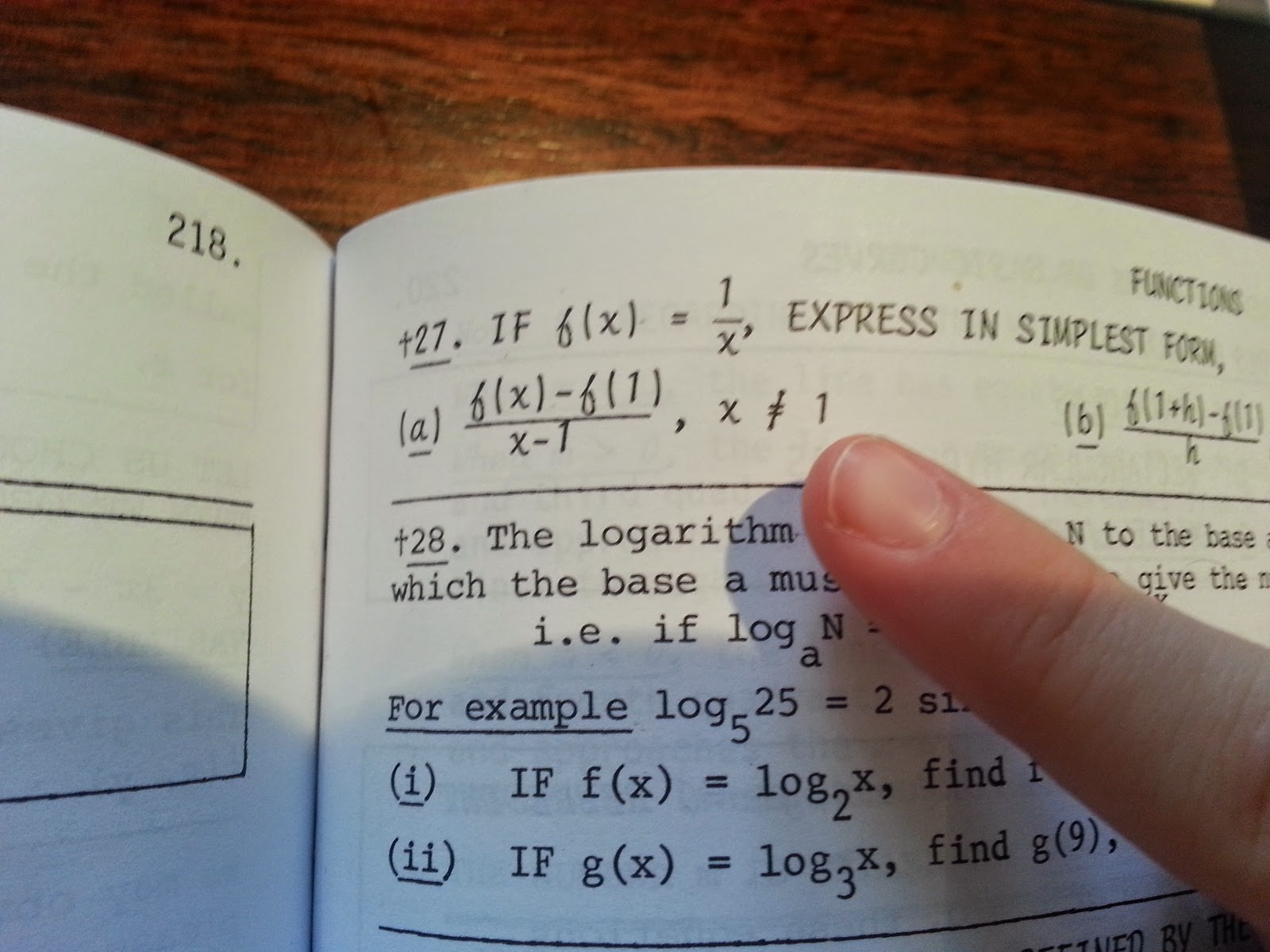 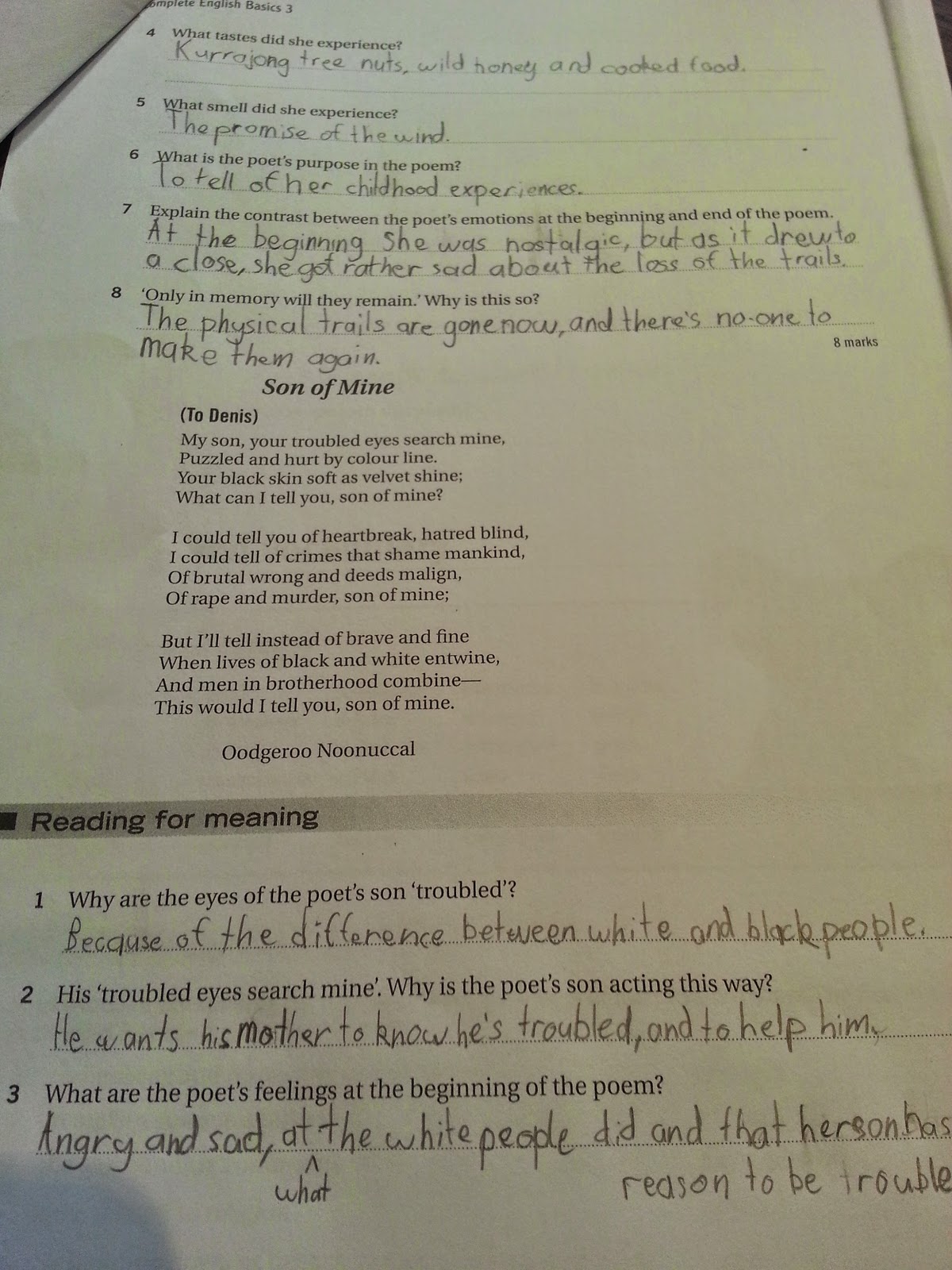 And they have been utilising my brochures from work to research tours around Australia for geography: 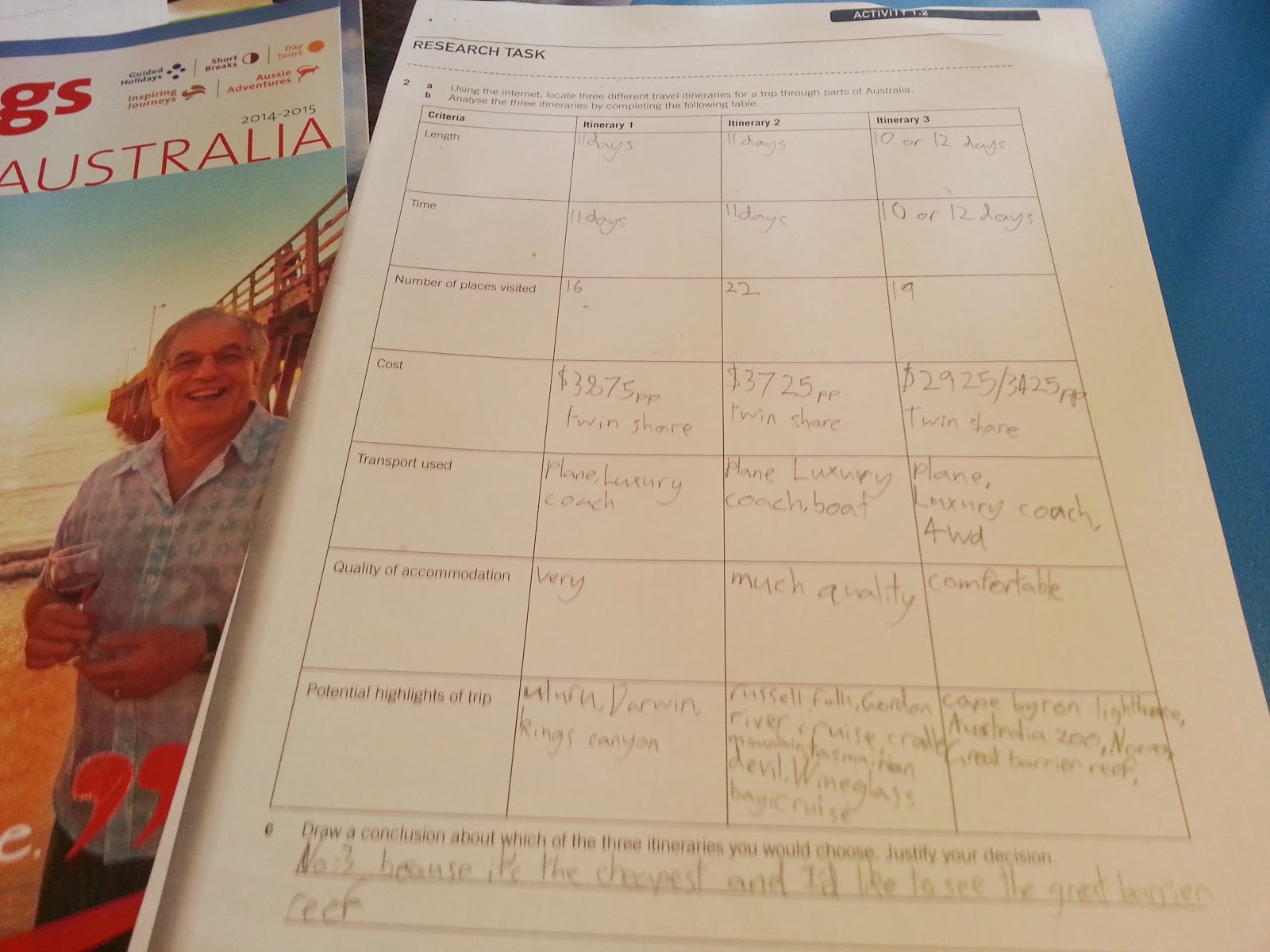 They have also been pretty enthusiastically doing their Japanese, both written and also spoken (using Mango, which we get free from our library).

We have also been doing Chemistry, through the wonderful world of lapbooking. I might do a whole post on this topic later (maybe. I'll leave you hanging for that).

Speaking of libraries, we joined our new local one and finally have free books again! Mango is also available here and we get 50 items each! The sad news is they charge overdue fees, so I'll see how I go (I'm not well known for returning my books on time and working for the library had its advantages in terms of that!). Additionally, we found were the delinquents hang out in our town centre - there were two teenage boys having a massive fight and the girls were there filming the commotion on their phones. Video Boy commented to me that he didn't miss school all that much.

What else? Um, we didn't do Naplan, because it was all just too hard. Oh well, you do some, you don't do some! I don't think it will really matter in the big scheme of things.

They have been installing "mods" and texture packs for Minecraft and playing Magic the Gathering and Hearthstone (or something!).

We do have lots to do on our "to do" list, including finding chess and karate replacements and exploring Canberra. But our academic life is ticking along nicely, despite my absence!

Have you ever homeschooled without actually being at home?
Been filming many fights with your phone?
Logarithms are the inverse of what? (maths test!)

The ups and downs of living together...

It's been a strange few months, I'll tell you that for free.

Training for 3 weeks in Sydney

Living in a motel in Canberra

Living by myself in an empty shell of a house

Moving furniture (or avoiding it)

Having everyone (including the dog) all moved in in Canberra together

Staying for a week in Brisbane training.

This is the first week in AGES where we are all here, all together, not moving stuff, not driving up or down the coast, not working and not having to get on a plane. Breathe out.

Now, having gone through all that, these last few months, it's interesting to sit back and ponder on things.

Because I defy any mother not to dream a little dream of "having a break" from the everyday. You know what I mean. The grocery shopping, the washing, the sorting of clothes, the vacuuming of dust bunnies, the tidying up, the cooking of meals, the making of beds. And if you have kids or husbands that you've trained up to help out, I bet you still have to do a bit of nagging. And I don't think it's just me who dreams of living in a motel/hotel, where someone else does all the domestic duties, just for a bit, and preferably by ones self.

Because, now, having recently experienced both sides of the family coin, so to speak, I can see what really drives me mental. It's the leaving of dirty dishes on the coffee table, the dining table, the kitchen bench. It's the dishwasher not put on. It's the clothes that aren't mine left on MY side of the bed. It's the shoes left in the lounge room. It's All. The. Things. that aren't mine left everywhere, not necessarily for me to pick up, but not where they are supposed to be and I swear they drive me mental. Mental, I tell you!

But, taking a deep breath and ignoring all that for a minute, not having the family around you, every day, all the time, means that you can't give them a hug. You can't have a chat about what's for dinner. You can sit at the dining table and have discussions about suffixes and prefixes (as you do). You can't snuggle up on the couch and watch TV together.

And I guess that makes up for all the other stuff.

But if someone else wanted to run the vacuum over the lounge room floor voluntarily without me asking or nagging, that would just totally make my day! 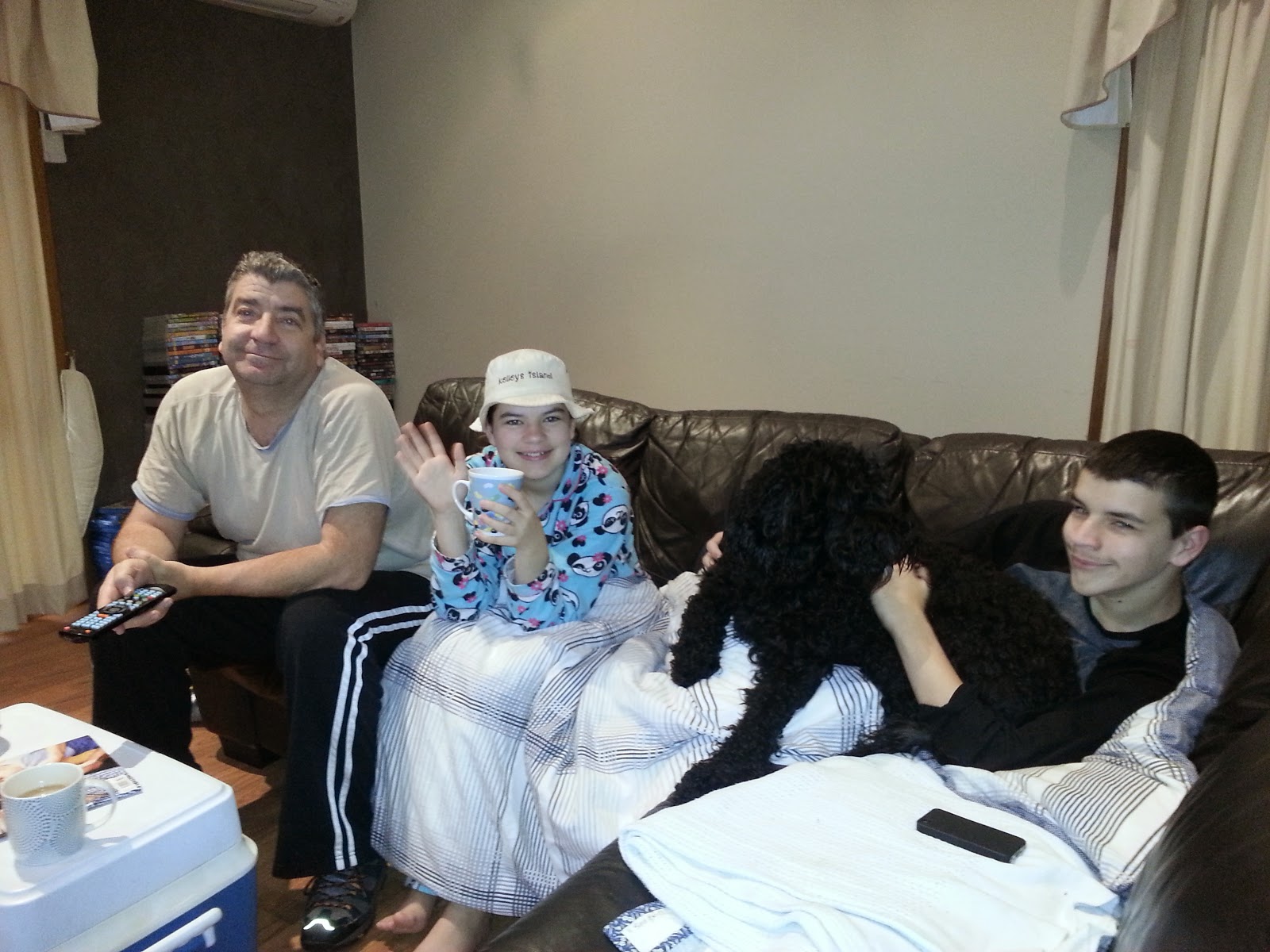 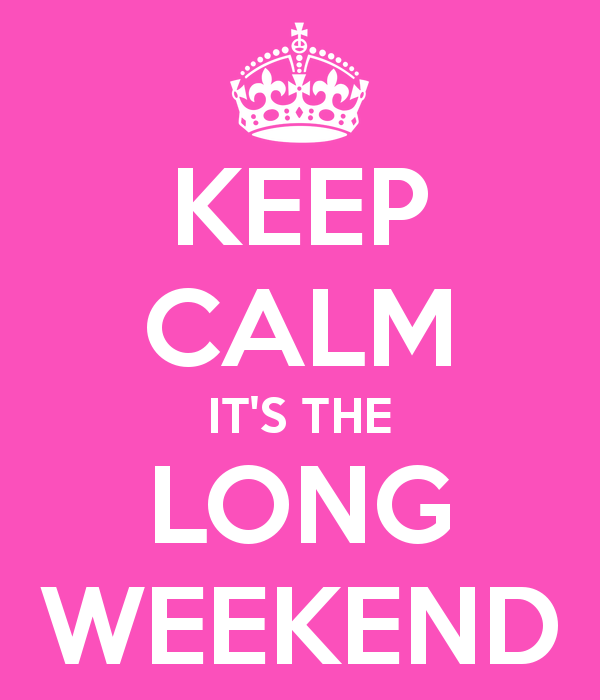 About the only time I give two hoots about the Royal Family is if there is a wedding on or it's the Queen's Birthday long weekend. Thankfully it is a public holiday here in the Australian Capital Territory too (but not in Western Australia - apparently they draw the weekend out of a hat), which means a 3 day weekend (or a 2 day one if you worked Saturday, which I did). Apparently Liz turned another year older on 21 April, but whatevs. We used to celebrate the Monach's birthday on the actual day, but since King George V died, we have stuck to the second Monday in June. Free history lesson. You are welcome :-)

I used to love this weekend heaps more when it used to be Cracker Night. Back in the "good ol' days" you could actually purchase firecrackers and let them off in your very own backyard. I loved getting all rugged up, going outside in the cold and helping Dad work out which order to let them off in. You had to save the really big ones until last. Dad would set up an ice-cream bucket of sand as far away from trees and the house as possible and light them and we'd ooohh and ahhh. In the middle, we would get to hold sparklers. I can remember the smell, the pretty lights, the cold noses.... 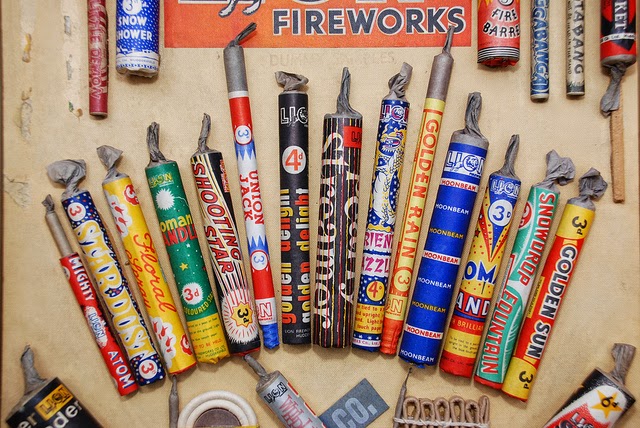 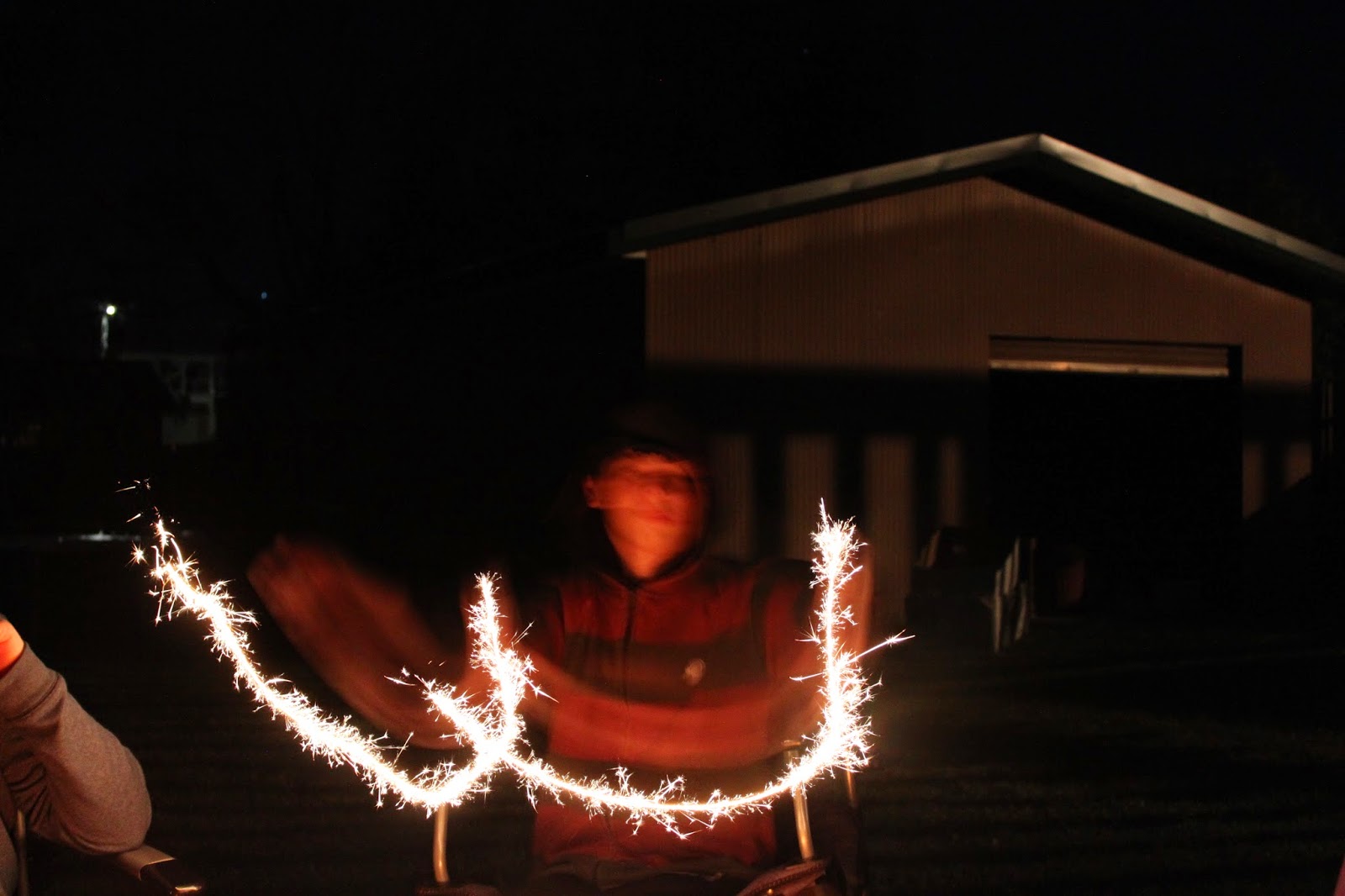 In Australia, it's also the start of the ski season! Given we are now 3 hours closer to the snow than we used to be, we are getting pretty excited about it! But even though it has been chilly on occasion in Canberra, apparently it needs to get more chilly, because grass skiing: 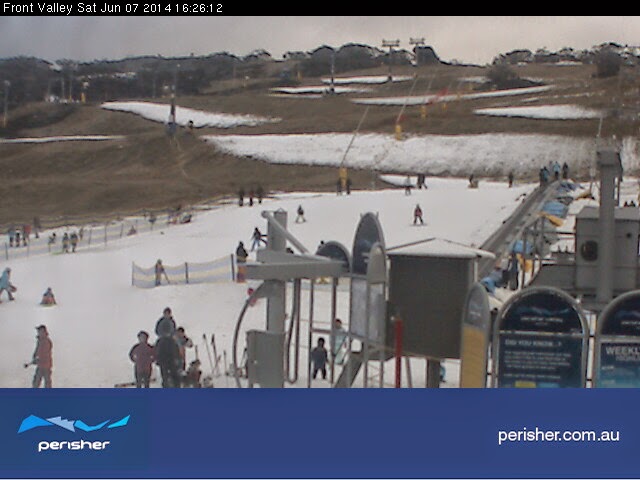 In other crappy news, this leaving the house and interacting with other people (AKA the great unwashed) has nasty side-effects. I'm sick. Not. Happy. Jan. And because we are very shortly staffed, I've just finished my 6th day of work in a row, despite the fogginess that accompanies Codral cold and flu tablets. God knows where I've sent people on their holidays! Maybe they got a bargain...feeling very vague... 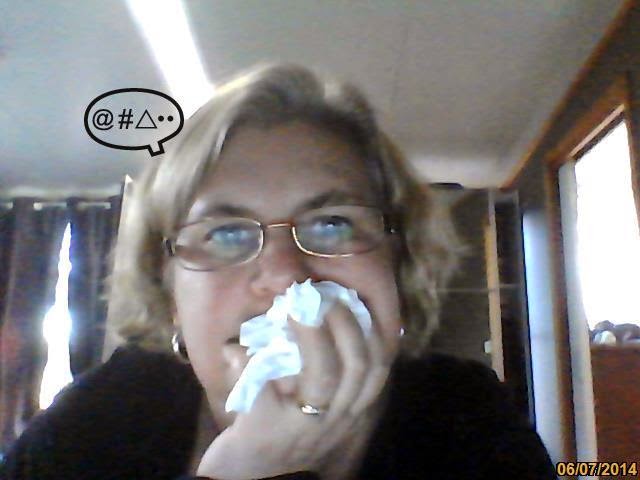 So this will be me as much as possible this weekend, because Adairs was having a sale and this throw rug was 50% off and how warm does it look? 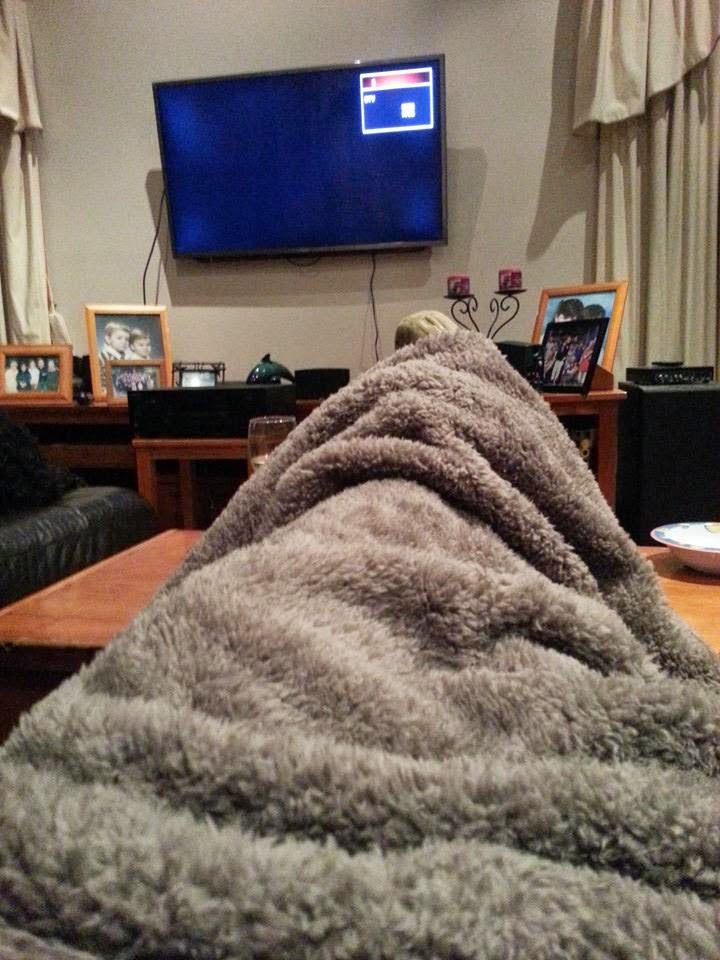 The kids have been back into their homeschooling, but I'll save the deets for another post, because that throw rug and I have a hot date tonight ;-)

If you are having a long weekend, what are you up to?
How good was cracker night?! What else do you miss about your childhood?
Hit me with your best cold and flu tips!