We don't technically unschool, but since coming home from our holiday, I have to say it's been looking a fair bit like unschool! Apart from me mentally freaking out that we aren't "doing enough", we have been working on a few "projects" and child-led interests!

Video Boy was very keen to save up and buy his own computer. He has a netbook, but he was interested in getting a gaming computer (yanno, so he can play more games!). Hubby (who has an I.T. background) suggested that he might like to build his own. This idea has really lit Video Boy's imagination! He is very enthusiastic about it. And so, he has been browsing the catalogues from the shop, searching the internet and discussing things with hubby, so find the parts he needs to build his dream computer. We have given him a budget and he is learning how to make up a spreadsheet to list the parts and add up the costs. I just need to make sure hubby starts to order parts and keeps the project flowing, or we will rapidly lose enthusiasm... 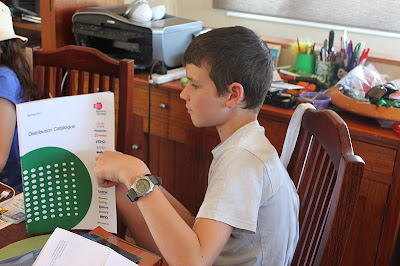 We have been doing a bit of writing (my suggestion). Video Boy is struggling for ideas, but Wombat Girl is happily working on her story about the Darkness. I read her page of writing and I think it shows a fair bit of promise! 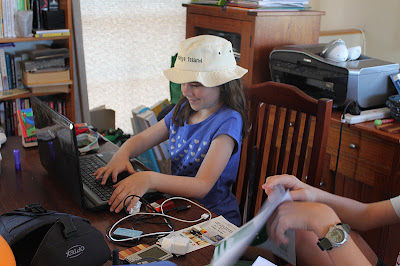 There has been a fair amount of screen time, including Minecraft and King Arthur's Gold. I asked if "KAG" had any historical/educational value to it, but they replied honestly - nah, you mostly just build stuff and fight battles. Oh well, you build stuff...technology??

On the ship, one of Video Boy's way's of amusing himself at dinner was to draw stick figure adventures. They were very detailed drawings, with very detailed adventures and he happily drew away for over an hour some nights. When we got home, his friend suggested he might like to try Pivot Stickfigure Animation. He downloaded it and has spent many happy hours animating short scenes - pretty clever and learning a lot about animation and programming. 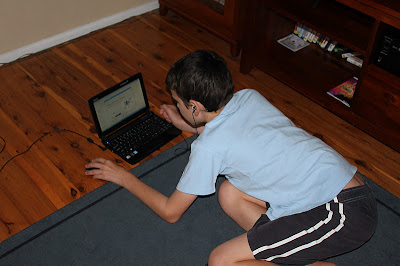 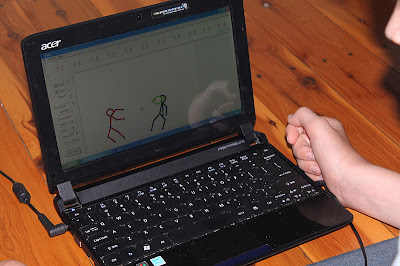 Wombat Girl's mind is always whirring away. She comes up to me one afternoon and says "Mummy? Can I build a tesseract?". To which my new "unschool" reply is "yes, of course - what do you need?". So nearly one packet of Blu-Tac and toothpicks later, she has built her four dimensional analog of a cube, complete with oral explanation of said tesseract. 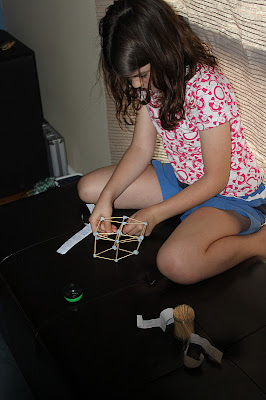 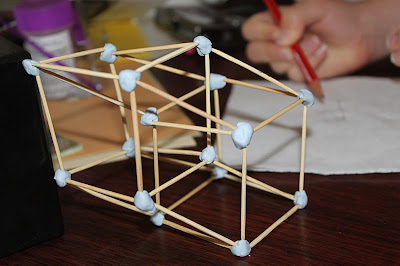 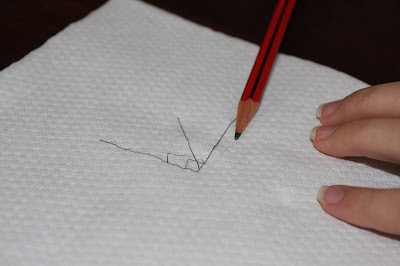 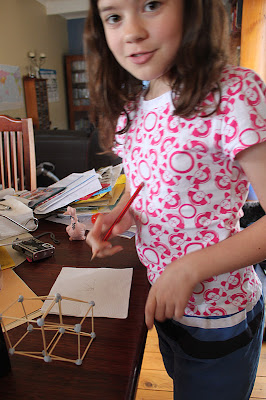 In a desperate attempt to do something "schooly", I made encouraged them to sit down and watch the first episodes of the Great Courses DVDs I purchased before I went away. We have fun watching these - pausing, discussing unfamiliar concepts, drawing/calculating examples as we go. We watched Quantum Mechanics - the Physics of the Microscopic World Episode 1 - the Quantum Enigma, where we learned how classical physics did not explain some anomalies of the very small. And we also watched Algebra I - which showed how we use algebra every day (even when we don't realise it!) and gave us some problems to think about.

Both of my kids think well above their years, but in different ways. One question on averages had Wombat Girl adding and subtracting and kind of getting close to the correct answer; I calculated it algebraically (because, yanno, I am a maths tutor) and Video Boy spent ages mentally doing stuff. He was only 2 off the right answer. I asked him how he came to that, and orally, he explained exactly what I had done on paper, but he had made a mental maths error. I was pretty stunned that he intuitively worked out quite a complex problem.

One of the last problems was a question involving Pythagorus' theorum. I explained it was concerning right-angled triangles where the square of the hypotenuse was equal to the sum of the squares on opposite sides.

Wombat Girl was fascinated and about a half an hour after the DVD was over, she asked "can I have some scrapbooking paper?" to which I answered "yes, I'll get some for you" (see, I'm really getting into this unschool thinking). She had googled Pythagorus, and came up with the proof (which I hadn't come across before) - the link above has the instructions at the bottom!

Who says kids won't do maths unless you make them??

We have also started reading aloud Peter Pan my J.M. Barrie. We have a lovely series of books by Walker Books, and this one is a special Centenary Edition with illustrations by Robert Ingpen, who also illustrated another favourite of ours, Storm Boy. I am looking forward to many hours on the couch snuggled up reading!

To infinity and beyond! No, not Toy Story, but the very interesting documentary about our current ideas about very large numbers in regards to mathematics and the observable universe. From an early age, Wombat Girl has been fascinated by numbers and has asked questions about infinity. So, she really enjoyed this.


I have to admit though, when she came up with her hypothesis about dimensions and the universe (and whether it was finite or infinite), bouncing around the room, discussing with her brother, at 9:30pm - I was proud, amazed, puzzled (I had to listen really carefully and actively to understand what she was going on about) and worried about how she was going to be able to get to sleep with so much stuff going on in that head.

She is sitting next to me now, after asking what the difference between a theory and theorem was, and defining hypothesis, going to write her "hypothesis" up in a little booklet. 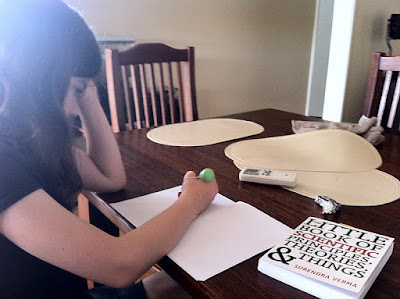 So, writing, maths, science, technology, reading, speaking, designing...considering we haven't been "doing" anything, we've done quite a lot...don'tcha think?
at November 28, 2011