The theme this week for #52ancestors in 52 weeks is Mothers, so I am going to show you my maternal direct line as far back as I can. Maternal lines can be a bit difficult to research because they gave up their maiden when they got married and often that isn't recorded on things like birth certificates of children. Anyway, here is what have found so far.

This is me, Ingrid Elizabeth Sedgwick, born 7 July 1969 in Camperdown, NSW, Australia. I married Andrew McCarthy in 1995 and we have two children. 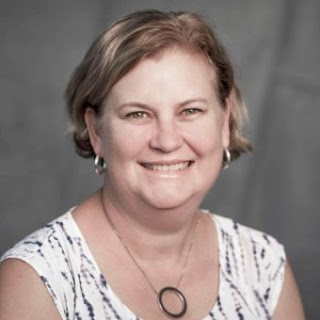 This is my mum, Heather Jeannine Hardwick, born 1 July 1939, in Manly, NSW. She married Terence (Terry) Sedgwick in Rabaul, Papua New Guinea, in 1963. They had three children. 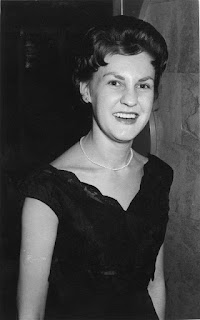 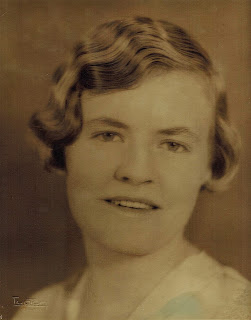 This is her mum, my great-grandmother, Elizabeth Jane Jennings (whom I'm named after), born 21 September 1896, in Bingara, NSW. She married Fred Martin in 1913 and had four children. She died 3 May 1969 (a couple of months before I was born) in Sefton in Sydney, NSW.

(As an aside, and a little twist to the tale, I do have a photo of her Aunt was also Mary Ann Peglar (born 1857 in Warialda, near Bingara) who married George Nay who then married Mary Melba Martin, who was Elizabeth Jennings daughter and Martha Pearl's sister. Just to confuse you - you can imagine my confusion trying to work out THAT bit of the tree!).


Anyway, Mary Ann Pegler's (my great-great grandmother, not my great great great aunt), mother, my 3rd great-grandmother, was Sarah Freeman, born 12 February 1832, in Painswick in Gloucestershire, England. She married David Pegler in 1852 and had eight children. She came to Australia on 4 October 1859 on the Caribou. She died on 2 September 1902 in Bingara.

(Another side note - I'm almost sure that she may be related to the Freemans on my dad's side of the family, but that's another post and research for another day!)

And then her mother, my 5th great-grandmother, was Sarah. That's all I know about her and brings us to my (current) dead-end on that branch of the family tree.

A strong line of mothers and from the photographic evidence, quite a bit of genetic resemblance! Happy Mother's Day!