This week's theme in #52ancestorsin52weeks is Military (because it's Memorial Day in the US). Pretty sure I have no ancestors who fought in the American Civil War, so this week I'm going to explore my Step-Grandfather Wilfred "Bill" Norman Saunders, who fought for Australia in World War II.

Bill was born in Bingara on 16 December 1911 to Walter George Saunders and Ivy Pearl Harris.

He had 3 sisters and 5 brothers and grew up in Bingara and lived there until at least 1936 (from the Electoral Rolls).

He enlisted in the Australian Army on 29 May 1940 age 28. He was listed as being single and was sent as part of the 2/1st Pioneer Battalion, which was comprised of men mostly from New South Wales.

In June 1940, the battalion went to the army camp at Greta, then Dubbo. At the end of September, it joined a convoy to the Middle East, reaching the Suez on 2 November. They travelled by train to Palestine.

In January 1941, they moved to Tobruk, where they helped restore the port, repair roads, and reclaim engineering material. For the next five months, the Battalion helped defend the "fortress" by manning various posts and fighting as infantry. In May it was involved in fighting in the Salient, with 37 men killed in action and seven mortally wounded. Nine became prisoners of war while another 68 were wounded. The Battalion was evacuated from Tobruk in September 1941.

After a time in Palestine, the Battalion left the Middle East in early March 1942 and returned to Australia, to conduct engineering tasks in Brisbane At the end of August 1942, the Battalion went to Papua, arriving on 5 September.

After two days in Port Moresby, A, B and C Companies moved to the base of the Kokoda Trail and up the track through Uberi to Ioribaiwa. The Battalion patrolled and manned defensive positions along the Imita Ridge. It also helped the 14th Field Regiment move their 25-pounder guns up the track to the foot of Imita Ridge.


In November 1942, they moved to 9-mile Quarry and for the next seven months, they worked as miners and labourers to produce crushed metal used to surface airfields and roads.


Bill was promoted to Corporal on 10 April 1943 and the Batallion returned to Australia in October 1943 for leave. They spent time on the Atherton Tablelands doing Infantry training. 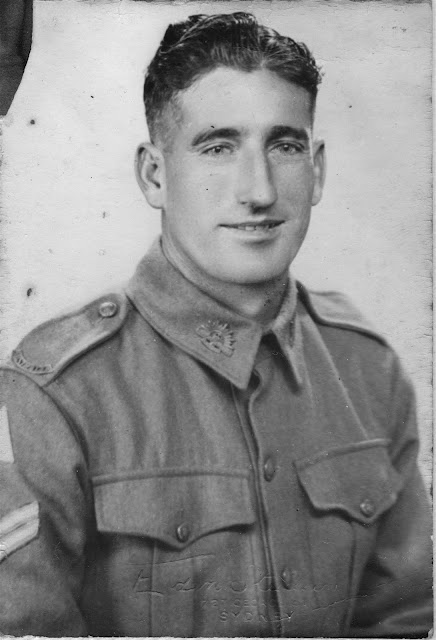 Perhaps during this time, he met my Grandmother, Martha Pearl Martin, because they were married on 9 February 1944 (she was divorced from my Grandfather, George Arthur Hardwick on 11 January 1943). 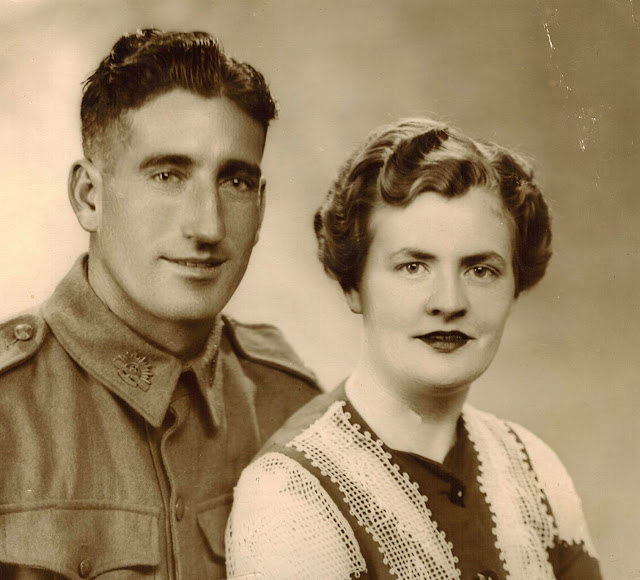 Also at some stage, they had a child, William, born in 1944, who sadly was stillborn. They never had another child, and my mother only found out about this after their deaths.

Towards the end of the war, operations aimed to reoccupy areas of the Netherlands East Indies, and the 2/1st came ashore at Balikpapan, Borneo on 1 July, the first day of the battle. They consolidated the beachhead and then defended Balikpapan Harbour. Bill was injured at some stage during this battle and this artist sketch is found in the Australian War Memorial archives. 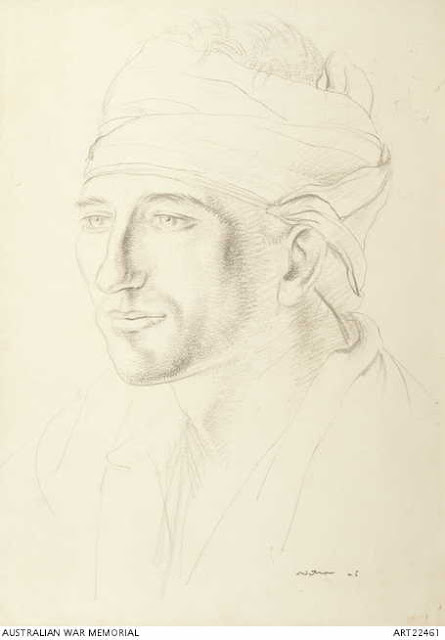 Japan surrendered on 15 August and the war ended. The men was discharged or transferred. Bill embarked Balikpapan on 11 October 1945 and was discharged from the Army on 9 April 1946.


Bill and Pearl lived in Sefton, in southwestern Sydney until their retirement, where they lived in Gorokan on the Central Coast then back to Bingara.


Bill was always my "Poppy". I never knew my biological grandfather, George Hardwick, but Poppy was always there. He was the kindest, gentlest man, who had a lovely collection of ditties at the ready ("I like bananas, because they have no bones").

Email ThisBlogThis!Share to TwitterShare to FacebookShare to Pinterest
Labels: #52ancestors, 52 ancestors in 52 weeks