This week's theme for #52ancestors in 52 Weeks is "Close Up." No-one lived close or lives close to Canberra. So I went with a portrait of an ancestor - mum and dad had a bunch of old photos and I'm slowly going through and scanning them and uploading to my family tree. I did this one this week. 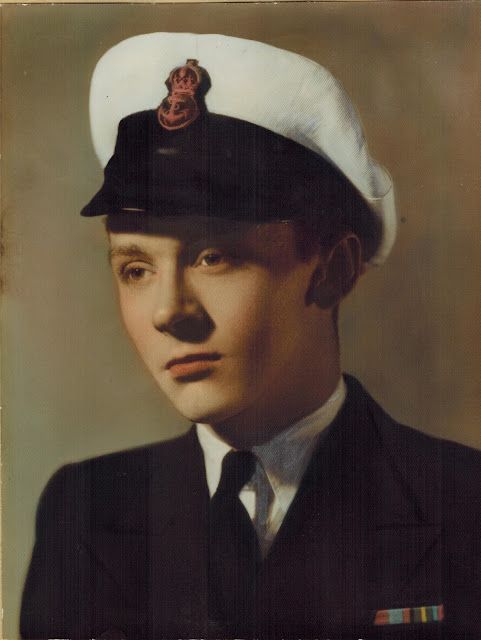 John (Johnny) Patrick Callinan was my first cousin, once removed.

(On a side note - do you get confused with all this first, second cousin, once, twice removed? Sounds like an auction! Well, so did/do I - so maybe this diagram will help you and me figure it out): 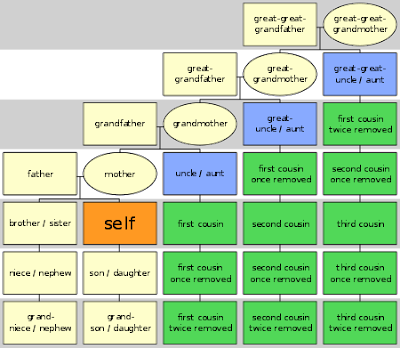 So Johnny was my Great Aunt's firstborn son. Aunty Hazel was the youngest sister of my paternal Grandmother. There is a whole other story to her, but I'm saving that up for later.

Johnny was born on 18 April 1927 to Hazel and John Michael Callinan, who of course, was known as "Jack".

When he was 17, he was mobilised for service by proclamation to the Royal Australian Navy Reserve on 28 September 1944. He reported for duty as a Supply Probationer II and was allocated to HMAS Cerebus, a navy training establishment at Melbourne, before posted on the HMAS Glenelg on 2 February 1945.

According to Navy records, the HMAS Glenelg departed Sydney for Manus on 16 March 1945 where she escorted the Morotai and Biak convoys. In April, she escorted a convoy to Leyte Gulf in the Philippines and spent some time in the Borneo area. On August 12, three days before hostilities ended, the Glenelg entered Darwin Harbour.

Having survived the War, Johnny was visiting his girlfriend on his motorbike on 21 November 1948 at Kirrawee, in southern Sydney, when he was in an accident and was killed. He was just 21 years old. 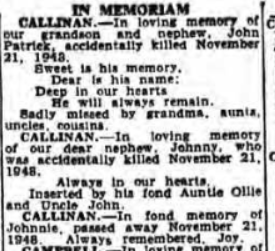 Such beautiful portrait, such a young life ended too soon.